Play to Out Point...then stop.

You've selected an In (I) and Out (O) point for the current Timeline and want to see how the piece feels when it stops at your Out point. Easy, just place the playhead before the Out point and hit Shift + P for "Play to Out". It's kinda like clotheslining the playhead.

This will play from the current frame to the Out Point.

It's different than Shift + \ which is Play In to Out and only plays what is marked between (and including) the In and Out points of a timeline or clip.

I find Shift + P to be really helpful in judging when a clip should end especially if I'm breaking up long edits into smaller more digestible chunks. Posted by Walker Ferox at 2:50 AM 0 comments

This happens to me frequently enough that it's more hassle than anything else. And I'm not alone on this which has been happening for some time.

For me when I export a clip that's long, say 60mins or so, FCP will occasionally fail to complete writing the file name.

It seems more likely to happen with longer file names as well. The good news is that the file is likely 100% A-OK. The bad news is you have to rename it to what you want. Meh.

I suspect that it has something to do with temporary file names and how the Finder works. When the Finder is working with a file (actually mainly creating a file) it'll will tend to assign a semi-random name to it until it is done with the file. This is especially true if the Finder is replacing a file with a new one. 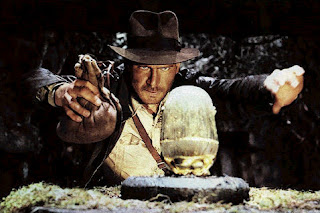 You can see this in action yourself with a tool like fseventer.  There are many reasons why the Finder does this little bit of prestidigitation but one specific example (but not a hard rule) is if you change the preferences to something, the Finder won't always write the changes to the currently in-use pref file but it'll create a new one, with a random name or portion of a name, and when it's done will quickly trash the file in use and name the new one, the old name. The app using the prefs never knows the difference.
Posted by Walker Ferox at 2:27 AM 1 comments

TechCrunch has a short piece on the yet to be released new Final Cut Pro. They're saying Spring 2011.

Many years ago I left a grocery store and headed out to my car in the parking lot, opened the door, sat down, put the key in the ignition and found it didn't turn.

It was only after a few moments that my peripheral vision clarified, my mental focus shifted to my more immediate surroundings and I began to notice that there was stuff on the floor I didn't recognize, change in the open ashtray which I kept closed and empty, an opened soda can in the cup holder...a few beats later I realized that I had sat down in someone else's car which was the exact same exterior and interior color, same year and model as mine and as fate would have it, parked very near mine and also unlocked.

It was a really eerie feeling.
Posted by Walker Ferox at 1:51 AM 1 comments

Downthisvideo.com probably isn't the best thing to recommend to a client to use to grab that exemplary "can-we-make-it-look-like-this" video they want. (note: "we" mean's "you" in this -and every- case)

downthisvideo.com's search tag cloud is not only NSFW but also hilarious.

Remember kids, just because your assistant thinks it's okay doesn't mean the client will agree.
Posted by Walker Ferox at 11:01 AM 0 comments