Tiffen has made a SteadiCam for the iPhone called The Smoothee.

You can see it in action here. While it's not exactly "based on the same technology as the big $60,000 rigs used in Hollywood" it does seem like a fun toy. I think it'll be expensive. I think I'm going to end up with a lot more iPhone footage to "inject" into some client's "creative".
Posted by Walker Ferox at 8:00 PM 0 comments 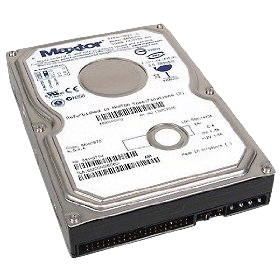 An earlier post about an editing place's dying hard drives never mentioned the type of HD that was dying. Turns out it was a Maxtor DiamondMax 10 300GB PATA133. Model 6L300R0.

Actually, it turns out it was THREE of these drives. The first one, the one I recorded the sounds from (lets call it Drive A) died first.

Drive A was rarely accessed, but it was nearly full with only about 200MBs of room left.

Drive B died about 3 days later and was used for hourly secondary backups for a long time and had maybe 50GBs left on it.

Drive C died 4 days after that, yesterday. It's not exactly dead, but it's making horrible noises and access time is quite long. It was used constantly as a Render/Test Export drive.

So, three DiamondMax 10 PATA 300GB drives all dying within about 8 days. All on separate busses and two being on separate Macs.

All three were in external cases and all power supplies were attached to UPS's.
Posted by Walker Ferox at 1:47 AM 2 comments