A friend sent me this link about HTML 5 and video on the web. It's a site by Mark Pilgram and this page is particularly interesting for video editors.

Plus the layout reminds me of a old favorite grammar book: The Transitive Vampire by Karen Gordon.
Posted by Walker Ferox at 8:07 PM 0 comments

This bit me tonight and I have no idea what caused it.

The mini-sequence has a green Preview render bar over it and plays as expected but when it's fully rendered the first image, the one keyframed to the text's movement VANISHES. And I'm not alone; I found a post about it here from Feb. 6th 2009:

Help!!! Let's see if I can explain this....I have taken a clip and placed it on the timeline. I applied some croping elements to it and motion...it starts our as a very thin line and then moves up and down to create a rectangle. I can view it on the timeline but the minute I render it with "full" and then view it, it no longer exists....When I export it to make a Quicktime it is gone....

What's interesting is his keyframing seems very similar to what I was doing with this image. At first I thought I goofed and had the "reveal" keyframes going in the wrong -opposite direction- but they weren't.

What didn't work was re-launching FCP, deleting render files, toggling track visibility or rebooting the Mac. What DID work was right-clicking on the image file in the timeline, selecting Remove Attributes...and ticking Crop and then hitting Okay to remove all cropping of the image.

I then re-did the keyframe cropping, rendered and it was fine.
Posted by Walker Ferox at 7:10 AM 0 comments 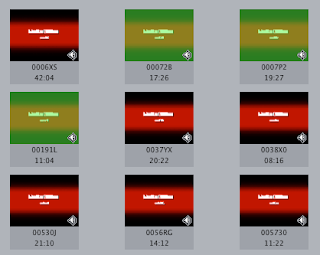 Oddly, you need to be set to the Selection Tool in order for Shift+Control to work here.
Posted by Walker Ferox at 8:10 PM 1 comments

35TBs of storage on one tape

So Fujifilm and IBM have figured out a way to cram 35 TeraBytes onto one tape cartridge.

Fujifilm and IBM have demonstrated a world record in data density on linear magnetic tape - a density of 29.5 billion bits per square inch with magnetic tape media developed using the BaFe particle.

The demonstration points to the possibility of developing a single tape cartridge capable of holding 35 terabytes of uncompressed data at least 44 times the amount of data that the current Generation 4 LTO Ultrium data cartridge holds. 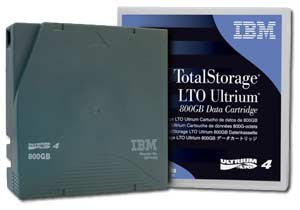