I've been handed some VHS tapes of some exceptionally rare material for an upcoming documentary I'm going to be editing. After setting up the 'ol VHS capture setup one tape (which thankfully wasn't the ONLY copy in existence) decided to get stuck it it's shell and smear debris all over the VCR's head.

Taking apart the VCR and cleaning the head thoroughly with some alcohol and lint-free cloth the next tape I put in (which was a known good test tape) was extremely snowy. I popped that tape out, popped another one in and it played clear, as hoped. Putting the test tape back in it was fine as well. Subsequent VHS tapes (even the literally only copy left on Earth) all played 100%. 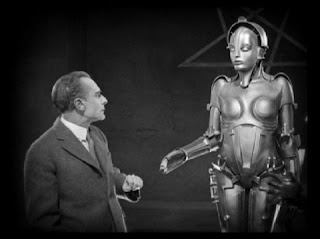 So, like some possessed miniDV tapes of yore, somehow running a second known good tape "fixed" the VCR's sniffles. I'm guessing there was some lint or alcohol still left somewhere that the tape whisked away but thinking about possessed electronics a la Carnage is more fun.
Posted by Walker Ferox at 3:34 PM 0 comments