Macosxhints has an interesting tip on how to enable viewing of .mkv files with Quicklook. It involves Perian and NicePlayer and a bit of Terminal magic.

An alternate way to do the same thing with fewer installs is here.
Posted by Walker Ferox at 3:52 PM 0 comments

Testfreaks.com has a review of Verbatim's interesting "always on" external USB drive.

They have a small LCD screen on them that shows you the remaining capacity even when they're not plugged in. I wonder what the capacity they report is based on, base 2 or base 10...

Anyway, they could be really handy in a shooting/editing environment if they were firewire and held more than 500GBs. Kinda like a firestore only reasonably priced with bigger capacity. I can imagine the hassled avoided by just having a pile of these on a shelf and grabbing one based on it's remaining capacity by glancing at the display.

It would save a lot of masking tape labels. At least for me. Verbatim's page on the drives is here.
Posted by Walker Ferox at 10:54 AM 0 comments

Ever burn a disc and after it's burnt it seemingly vanishes? No noise, no icon in the Finder...nothing?

I've mentioned it before but there are a few things to try (even some from Apple) when you can't eject a disc from your optical drive.

01) Hold the Eject key on your keyboard for a few seconds.
02) Drag the disc to the Trash
03) Highlight the disc and hit Command + E
04) Right-Click on the disc in the FInder and select "Eject [disc name]"
05) Launch the Terminal and type "drutil eject" and hit Return. You can also try "drutil tray eject".
05.1) Type in "drutil list" and then after you ID the optical drive you want to eject type "drutil tray eject 1" where the number is the number matching the optical drive.
06) Launch Disk Utility and highlight the disc and then the Eject button at the top of the window.
07) Restart and while booting keep the mouse button held down but may not work with all wireless mice (this worked on the Mac 128K for floppies, btw...I'm old)
08) Intel Only - Boot while holding Option down, then hit Eject on the keyboard. (Holding Menu on your remote while booting may also bring you to the Option menu)
09) Boot while holding the Eject key on the keyboard until disk ejects. (Likely won't work for Bluetooth keyboards)
10) Use FREE 3rd-Party software like DiscEject.
11) IF your Mac supports Open Firmware boot with Command + Option + O + F held down, then type in "eject-cd"
12) You can try your F12 key to see if that does anything. (It can be the eject key on some keyboards/Macs).
13) Navigate to System/Library/CoreServices/Menu Items/Eject.menu and double click it to enable a menu eject item. (Tip: Command drag it out of hte menubar to get rid of it)
14) AT YOUR OWN RISK: If you hear the disc spinning seemingly endlessly, put something in the drive to stop it form spinning and it should, in theory, eject.
15) AT YOUR OWN RISK: If it's a Mac Mini you can gently press down on top of the computer to stop the disc from spinning but this is probably a very very bad idea.
16) If it's a bay-mounted disc burner/reader you can try the physical eject button a few times.
17) It it's a bay-mounted disc burner/reader you can gently but firmly push an unbent paperclip into the eject hole. You may hear some scary sounds if the disc is spinning while you do this.

From Apple's Knowledge Base article updated on Dec 9th '09:

Resolution is to set Audio MIDI Setup's built-in output to 48K. The article is here.
Posted by Walker Ferox at 4:51 PM 0 comments

Sometimes I find myself editing while on the road or in some building and I can't always be sure that the computer I'm editing on won't suddenly be seen as merely a convenient Facebook or Twitter access node so, provided I have admin access, I like to enable the Lock Screen menu item. 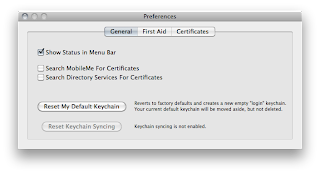 Now you can just go there, click and select Lock Screen and walk away knowing there's at least something between you and any idle fingers.
Posted by Walker Ferox at 3:16 AM 0 comments

Here's something I just noticed.

When you have something copied to the clipboard from within FCP (at least with Snow Leopard) then you go to say, TextEdit and copy some text you'll have two different things in your clipboard.

If you goto TextEdit (or any text editor) you'll paste the text, then without copying anything new if you to FCP you'll paste what you copied from within FCP.

Maybe this is some feature that's been around that I'm unaware of but it's really handy.
Posted by Walker Ferox at 6:55 PM 1 comments 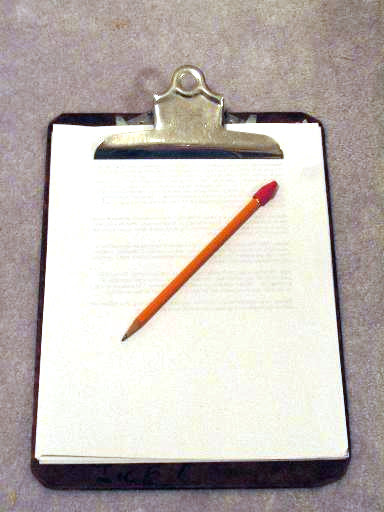 Here's an odd behavior: When you have a sequence with edited multiclips/multicam and you set an IN point in the Timeline right in the middle of a cross-dissolve and an OUT point somewhere else, the contents of the clipboard may not be what you expect.

If you've previously copied a section of the Timeline to the clipboard that copy will remain untouched in the clipboard if the new copy's IN point is on a cross-dissolve. The new copy won't be on the clipboard. You'll paste the older previous contents.

Likewise, if the OUT point is on a cross-dissolve the clipboard won't copy the current selection but will retain the previous copy.

Bug or something I'm doing wrong or expected behavior? I dunno. It makes sense in that at a cross-dissolve in an uncollapsed multicam Timeline FCP can't know which camera angle you want, but should (in theory) just copy what's on screen mid-dissolve but this would require it to make an non-affiliated clip in the process. Yikes.
Posted by Walker Ferox at 6:36 PM 0 comments