How to open iMovie HD projects in Final Cut Pro 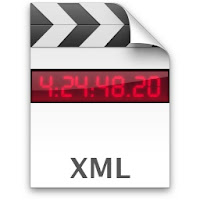 A good friend of mine was working on a project in iMovie HD (iMovie 6.0.3) and because of some hardware issues with his Mac was unable to keep working on it while the Mac was being repaired. So he asked me if I could help him in Final Cut Pro. I don't know iMovie at all. I've never even launched it.

iMovie saves it's projects in a file that looks like a single file but it's actually a folder or package. If you have iMovie installed you can second click on it and "Show Package Contents" where you'll find all the footage and music and so forth.

If you don't have iMovie installed you'll just see the file as a standard folder. Inside the folder you'll see two files ending with ".iMovieProj" and "~.iMovieProj". I think the one with a tilde is a backup or something, I'm not sure.

Anyways, if you drop the .iMovieProj into the terminal under the File command you'll see it's actually "XML 1.0 document text". But FCP can't import it even though it's an XML file. As far as I know iMovie HD doesn't have an option to export a project as a .xml file.

The trick? Make a copy of the .iMovieProj file and rename with .xml appended at the end. Then import it using Final Cut Pro's File > Import >XML... command. You'll have to choose "Show All Files" from the Import window, and then after it imports the .xml file you'll be prompted to save the project as a standard .fcp Project file.

You'll see it churn away for a moment or two, then your iMovie HD project will open as normal in Final Cut Pro. The only drawback is that it's very likely you'll have to render ALL of your audio. And if need be, you can Media Manage the project into a new more organized folder.

IMPORTANT: If using FCP's Import XML command doesn't work and you see an error like "Unable to Open Project File" or something about FCP needing a translation file there's another way to try and open the iMovie HD project's .xml file.

First you MUST keep the .xml file inside the iMovie HD's project folder (or package if you have iMovie HD installed, and by this I mean the iMovie HD's save file which is a hidden package/folder). If it's outside of this folder it will often fail to properly load into FCP.

Second, if importing the .xml file fails via FCP's Import .xml menu, and it's inside the iMovie folder/package, just try double-clicking the .xml file (the one you duplicated and renamed by appending .xml to the end) and it should load that way. Then save it out as a regular .fcp project save file.

Also, and I don't know how helpful this is, not having the .xml file extension hidden but un-ticking the Hide Extension checkbox in the file's Get Info window may help.

I don't know if this trick works with Final Cut Express, however.
Posted by Walker Ferox at 7:34 PM 6 comments

There is a company called Aimersoft which apparently has the same software for sale under different names. Total Media Converter and Aimersoft Video Converter are two examples which obviously have the same interface. People have examined the package installers and found the two to be essentially identical, right down to the same Read Me file.

Someone's delved into it a bit deeper and it seems like this company (which goes by a list of different names) has a group of people posting blog posts, comments and reviews (even on bogus review sites they create) to promote their software.

There's info about this mess here.
Posted by Walker Ferox at 4:17 AM 0 comments

Here's a strange one: A friend of mine was editing some multicam footage and suddenly -apparently without reason- it started to severely choke his mac to the point where multicam footage would only play for about 2 seconds before giving up and announcing dropped frames. Literally two seconds.

I tried everything: rebooting, reconnecting his drives, repair disk, repair permissions, all the traditional troubleshooting steps. None worked. Then I tried a safe boot and it didn't take. The mac refused to boot into safe mode, so on a hunch I tried the firmware boot selector by holding down Option when the Mac booted and was prompted for an open firmware password.

So I turned off open firmware password by booting with an OS X install disc and then ran safe mode and zapped the Pram. The choking was gone. Multicam was working again.

So to determine if it was the open firmware password he set recently, I turned it back on and as I suspected multicam choked again.