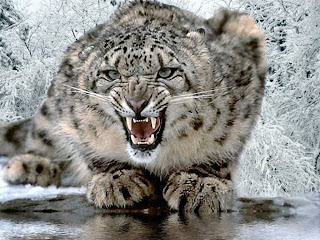 When you install Snow Leopard (which you shouldn't in the middle of a project, and best to test on a non-mission critical system) there are a few things to be aware of.

1. It won't install QuickTime 7 by default. It will however, keep it installed if you already have a pro-app license which is good because QT 7 can live side-by-side with QT X. You can install it later from Apple if you don't install it during a clean 10.6 install. Oh, and QT 7 has more export options than QT X. Yup. You can also install it from Optional Installs on the Snow Leopard install disc. Btw, after it installs QT7 the player app will be in your Utilities folder of all places. That makes sense...not.

2. Snow Leopard calculates drive sizes using base 10 not base 2 anymore. Seriously. Apple's reason is here. MacFixIt's take on it is here. Lifehacker's take is here.

3. When you eject a volume and it's in use by something, Snow Leopard will tell you what's using it. Ejecting is more reliable overall, or at least that's what Apple claims.

6. QT Player no longer adjusts the size of the player's window incrementally when you adjust it while holding down Option. I use this little-known feature extensively to know what the logarithmic sizes of a video are to export a movie as for clients at say half or quarter of the original size. However...this function isn't completely gone in QTX, now you just have to hit Command + I to see the Info Window and then use Command + + (plus) and Command + - (minus) to scale the video player's size incrementally. A small change but old habit's die hard for me.

7. Command + J "Show Movie Properties" is gone. If you need it (and as a Pro user you likely do, for text layers and such, stick with QT7). I don't even know if it's possible to access it with QTX, it may be somehow.

8. Holding down Shift to change a player window's aspect ratio is gone. Stick with QT7.

9. There's a bug in QTX where if a movie is playing and you drag the playhead around the movie may stop playing rather than continue on from the point you release the mouse.

11. QTX, when you tap Command + F for full screen mode still has the annoying occasional bug where an item's label in the dock will remain onscreen despite the mouse being nowhere near it. (FCP's Command + F12 full screen preview is notorious for this bug. Version 6.x at least)

12. QT X doesn't seem to have any preferences available from the Player App.

14. Quicktime X seems to have a minimum screen size of 478 x 359 pixels. Videos smaller than that are scaled up fuzzily.

15. QT X seems to have an issue opening SMIL files.

If you're Terminal-friendly here are some commands to alter some of QTX's preferences.

I haven't tested FCS3 with 10.6 yet but I'll get around to it. I may just wait until QuickTime X Pro, if Apple even bothers. Seems like now is a good time to install VLC if you haven't already.
Posted by Walker Ferox at 8:10 PM

I really thought I was alone in thinking this. And thanks for the tip to find Quicktime 7 in "Optional Installs" - made my day.

This is really a big Apple Mistake. And the old Quicktime left behind in Utilities is not a solution. It does not work the same as my Old QT 7.6 used to.

I used QT to convert .avi files for my Apple TV. It used to work perfectly, it could include subtitles. Try to do the same now. It does not work!!! All you get is a black screen with subtitles in the resultant .m4v file.

I thought that Snow Leopard removed my Perian codecs from the system, so I installed it again. Still does not work!!!

I bought the Snow Leopard family pack for all the Macs in my house. But this is so annoying that I had to leave my Mac Mini with the old Leopard.

As somebody said, this QT issue is not very Mac behavior , this reminds me of Windows users who prefer XP over Vista.

Am I missing something or is Quicktime X player unable to loop, either regular or back & forth.
I keep thinking it must be my oversight because I can't conceive of any good reason to remove these essential features. Anyone got a clue how to get the new player to loop?

Thank you very much for the tip on optional install and for the (spot on) analysis of how completely unfathomable this decision was on Apple's part.