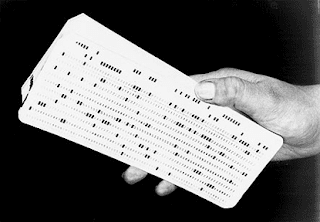 I've been asked more than a few times on what I think about HDD (spinning mechanical hard drives) vs SSD (solid state drives).

I've noticed a difference between the two during heaving editing. Dropped frames, longer seek times etc...but my experience is pretty limited, too limited to form a complete opinion yet. I did however run across this nice introductory article on the differences and limitations of SSDs compared to HHDs.

The two points that really caught my eye are:

As a primer for the following, we mention two major issues with SSDs:

1) HDDs can be put into storage for a decade and then, provided that there are still systems out there that support the interface, they can be plugged in and the data will be readily accessible. NAND flash-based SSDs will lose their data over time, even if they are powered down and in storage.

HDDs can also lose data over time if not used. I experienced this a couple of weeks back with a drive that hadn't been used for 18 months.

You may want to check out this article:
http://www.larryjordan.biz/articles/lj_hard_disk_warning.html

The Larry Jordan article seems a bit hard to swallow. As HD's get larger and larger the " replenish any magnetic signals that are starting to fade" that he mentions by a surface scan would take longer and longer.

HD's are set to spin down over time usually. I find it hard to believe that they spin up, touch, "replenish" or move a file that's the HD has not been specifically told to access.

What about files that are rarely if ever touched? How does a plugged-in HD know to "replenish" it (or a bit) if it's not been told to look there?

Sure OS X does some defrag on the fly, but only with small bits of data, not yet, for whole files.