When the Client can't Play the QuickTime File 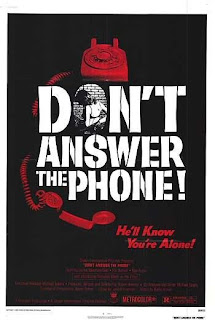 If you haven't gotten this 3am phone call yet...you will in time. It's inevitable.

A client will one day call you late into a quiet evening saying they can't play the QuickTime files you've sent them. Since they need them in HD and regular DVD's can't (technically unless you mix HD-DVD with some prestidigitation) do HD content you need to send them something they can use...NOW! THE PRESENTATION IS IN 10 HOURS ZOMG!!!1!!1!

You have two options overall:

1. Send them a Blu-Ray. But, wherever they're playing the thing it won't have Blu-Ray so don't even bother. Seriously. Check this link in a year or seven for updates.

2. Send them a data DVD, wait I should hyphenate that, a data-DVD and tell them to play it on their MacBook Pro hooked up to a projector or whatever using QuickTime or VLC. However, it's likely they won't have a Mac/it won't mount/the file won't play/the projector won't see the laptop... It's possible that not even "marketing" will have a Mac nor will the "creatives" over in advertising. They can edit in After Effects anyway, right?

So you need to send HD content to someone with a PC who is likely still using XP who can't download much at work because the IT guys are scared of those darned h@x0rz who are gonna steal all their creative sekr3tz.

I don't allow clients to have .wmv's or .flv's. I don't. I'm like that because I'm not a huge fan of either format, neither is any good and few clients (or the presenters at least) have the cpu to play them smoothly since they're using 48 year old laptops issued by the company that sometimes don't even have CD-ROM drives (but that's for another post/rant).

It's for the client's own good really and I tell them as much. See, your job as editor/shooter/writer/person-who-knows-stuff is to not just deliver what the client wants, but let them know what they want because 99.9854% of the time they have no idea. Dale Carnegie said people are just waiting to be told what to do, and with corporate clients it's thricely true. They need guidance because without it they'll suggest their son or nephew or daughter or someone can do it. They play with neckties and Lotus Notes all day in between bouts of blackberry gazing, lunch an "officeing", they don't know. And honestly, they don't care, they just want it to work. NOW!!!!!...

That's for corporate things; for broadcast or features hand them exactly what they ask for. That way, when it goes ka-bleewy, they can only blame themselves.

So, a real option is to export the HD project as one of the following files:

I'd go with Animation or ProRes for the project. These are easily transcoded to something else. Others work, sure but these are the most reliable I've found. If they're going to play it from a laptop these are good options except for maybe Animation which likes lots of CPU. If they want a standard DVD, tell them that it won't be HD. If they demand HD and their computer/laptop situation is lacking then...

The client needs to show an HD video at some convention/presentation/meeting/agency/sub-clientle lunch/what-ever-it-is... tell them to buy one of these:

It's small, has a remote, plays tons of formats, shows pictures, plays music, hooks up to the net to stream stuff and has two USB ports. They'll look like a hero because you'll be a hero. And when the next project rolls around you just need to send it to them as an H.264 or even a .mkv and you're done.

There are some codecs you can install or have them install here and try your luck with if they insist on a laptop. Up to you.

Just keep repeating this bit from Apple over and over to yourself:

We strive to ensure backward compatibility with content created with older versions of QuickTime. In fact, movies created with QuickTime 1 still play today in QuickTime 7.

Then FedEx them at least two copies or upload it to someplace like Filedropper.com or filemail.com (because they won't have an FTP server or it'll be down or they won't know the password) or send a FAT-32 formatted flashdrive and unplug your phone. Do not send them the codecs that come with Final Cut Studio. Seriously. Charge them for transcoding instead, silly.
Posted by Walker Ferox at 9:02 PM

One thing to keep in mind that FAT32 has a 2GB file size limit, IIRC.

Yes! Good point, I didn't mention that. Thanks!

I thought FAT32 had a 4GB limit? You can use MacFUSE and NTFS-3G to do NTFS volumes on the Mac, to get around that... (In theory.)

Also, have the changed the WD TV yet so you can use it without the remote? If not, make sure the client does not LOSE the remote. :)